Mexican Silver Libertads are .999-fine Silver and are some of the most beautiful Silver coins in the world.

The obverse of the Silver Libertad coin features the Mexican National Seal with an eagle atop a cactus, clutching a serpent in its beak. Surrounding the eagle on these Mexican Silver coins are a wreath and the official name of Mexico in Spanish, “Estados Unidos Mexicanos.”

History of the Silver Libertad Coins. According to a pre-Columbian legend, a warrior named Popocatépetl fell in love with Iztaccíhuatl, a king’s daughter, and earned a tentative marriage blessing from the king on the condition that he win a battle against a rival tribe. While the battle delayed the warrior, a rival suitor started a rumor that Popocatépetl had been killed in the battle, and the fair maiden died of a broken heart. Upon finally returning as the victor from the battle, Popocatépetl discovered the fate of his lover and buried her on top of a mountain range that assumed the shape of a sleeping woman in honor of the dead maiden. Grief-stricken, Popocatépetl climbed an adjacent mountain in order to keep eternal watch over his beloved. Today, the depiction of the volcanoes on the Silver Libertad coin still tells the lovers’ story. 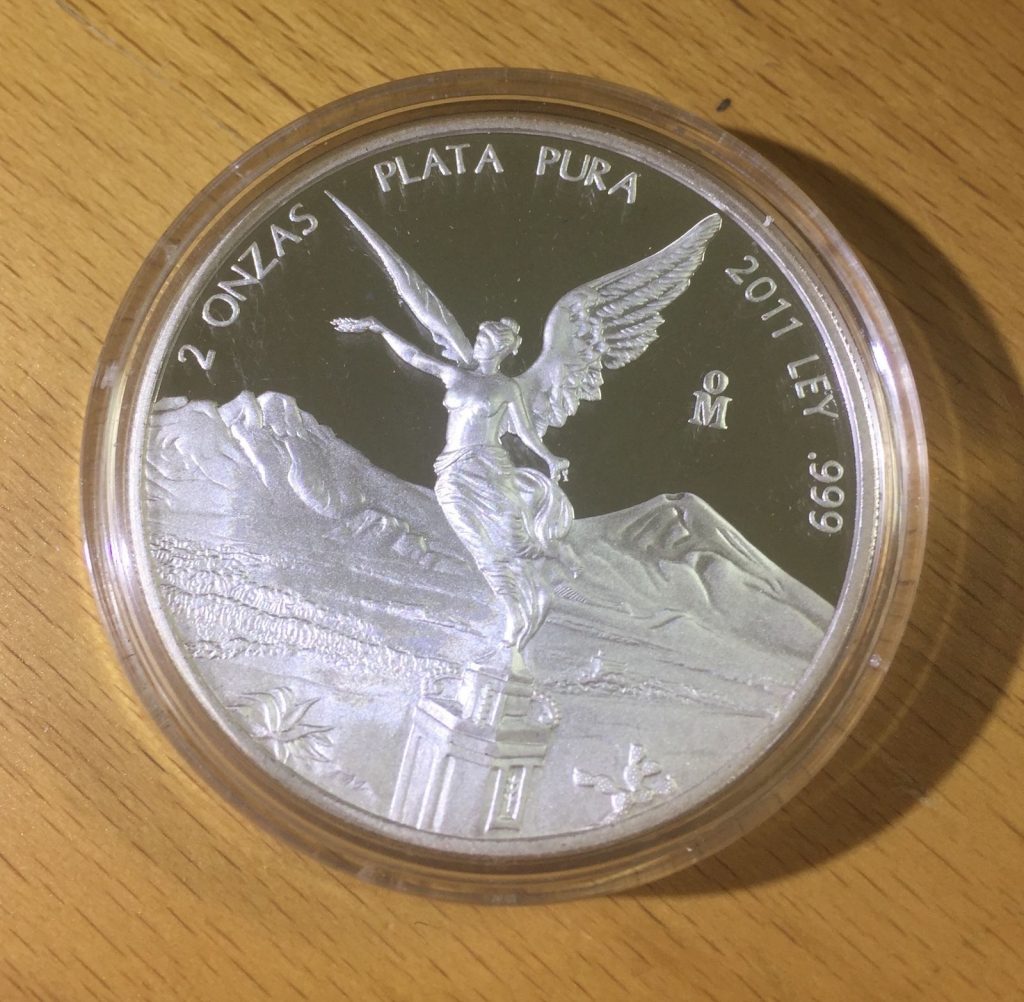